I recently sat down to chat with the talented leading men of the play “Church Girl” Mr. Tony Grant and Mr. Sean Blakemore.

Singer, actor, Tony Grant is a member of music groups AzYet and Blayse. He is responsible for forming Blayse, the supergroup consists of some of  the 90’s hit makers Blackstreet, AzYet, and Silk. Watch the interview and find out how you can find out where you can check  for Tony and his supergroup.

My interview with Sean Blakemore 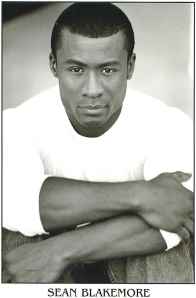 You may have seen Sean Blakemore in television roles, independent films, and as one of my favorite bad guys… the memorable villain in the movie series Motives I and Motives II.  Well he is back again in the role of the antagonist Jacob.

I was honored to sit down and talk to Sean about Church Girl and how he gets into character.

Jai Rise: Thank you for joining me and enterJAImentnews.

Jai Rise: Tell me a little bit about your character Jacob and how you get prepared for this role?

Sean Blakemore: Like you prepare for any role. Once you get a script and you read it. To me everything is very imaginative and so you place yourself in that situation. And natural instincts kind of like what would happen visually for me as if I’m not the character but I’m watching the situation. And I kind of respond to that to really get the sense of each character,  who you’re dealing with who you are and the relationships that you have. From there you just live honestly to what is written. You know because acting is just living honestly in a make-believe  situation. So you just commit to it.

Sean Blakemore: I play the bad guy a lot. Everybody remembers the villain, the bad guy. It’s fun because it is opposite of who I am. But I think we all have a little bad side to us. You get to step out and cross the line without being judged or convicted of anything, you get to have fun.

Jai Rise: Are you concerned that people are going to start thinking this is him?

Sean Blakemore: They already do. They already think that’s him. You know they’ll ask me that all the time, that’s not really you? Or different characters they just buy into it. Which actually pays homage and it’s a compliment because you know they’re sold. And so if you can sell them that’s the whole point.

Jai Rise: Now you are so good you got booed at the play last night. They didn’t know whether to clap or boo.

Sean Blakemore: They clapped and booed. I loved it, I loved it. I love it. (laughter)

Jai Rise: I was looking at your reaction and I saw you smile so I guess you were okay with it because you’re so good you made them mad. Everyone was so convinced. Do you hear the audience? How do you stay in character when they are so mad at you?

Sean Blakemore: Well going into it they are definitely going to be upset. You want to make them uncomfortable that’s my job. You don’t make it about them you make it about the moment. People are going to naturally respond to what they’re going to respond to so you can’t premeditate. Everybody’s different. This audience booed and clapped for the same reasons. The audience before that all clapped joyously. So you can’t premeditate somebody’s emotion. The only thing you have to do is be committed to what you do and they’re going to do what they do.

Jai Rise: Well you did a great job, you’re a great actor.

Jai Rise: What can we look forward to seeing from you in the future?

Sean Blakemore: Well I’m going to be on this tour for a minute until the end of the year almost. This is the spring tour which is to the end of May. Then we have the fall tour, I think that starts in September until the end of November or beginning of December. So I’ll be busy with this. And you know I do a lot of television and film. So I’ll be doing projects in between.

Sean Blakemore: Oh you know this is actually Robin Givens and I third time working together. The first time I met her when I did a cameo role in this film called Flip the Script. I actually played the comedic role. I don’t get a chance to play the comedic role too much. He was a funny character. Then we played in a dramatic piece.  It was called “Restraining Order”

Jai Rise: Were you her husband in that one?

Sean Blakemore: Yes she was my wife. Yeah.

Jai Rise: Whew! You had me on the edge of my seat. I was like what is he about to do?

Sean Blakemore: I don’t’ know, in “Retraining Order” I was the good guy.

Jai Rise: You kind of scared me though.

Sean Blakemore: Yeah but he was the good guy that got pushed. Ya know I was the victim.

Jai Rise: That was a good movie.

Sean Blakemore: I’ve been blessed to work with so many wonderful people.

Jai Rise: Well I thank you so much Mr. Blakemore.

Sean Blakemore: I appreciate everyone’s support, including yours.

There used to be a time I couldn’t see the family resemblance but those times are no longer. Whitney is looking more like her cousin Dionne.

“Are We There Yet” is a new sitcom produced by Ice Cube starring Terry Crews and  Essence Atkins as a married couple with children. Coming to a TV set near you on June 2.

It’s nice to see more diversity on TV. I wouldn’t mind if TBS stood for the black station or the black sitcoms. Black family shows seemed to be a thing of the past in recent years with the exception of Tyler Perry shows on TBS. TV needs to be diversified somewhere and some how. 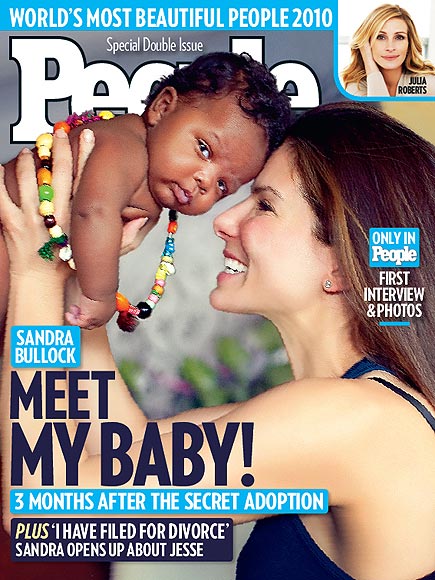 No one saw this one coming. Actress Sandra Bullock has joined the list of celebrity adoptive parents.  She has waited for years to adopt and the stork finally delivered her baby boy Louis in January. Unlike some people she managed to get her little cutie pie from right here in the United States.

Thomas Hagan, the last man imprisoned for the assassination of civil rights leader Malcolm X is now a free man as of this week. I overstand the man served his time but I still have a problem with this. Although Malcom X was not a president, I think that his killer should serve the harsher punishment as if he was. I think that Malcom was a very important figure in American history and he didn’t get the respect he deserved at the time.  Even now he may still be misunderstood and intentionally misrepresented. It’s just amazing to me that even the release of his assassinator is not getting that much news coverage.